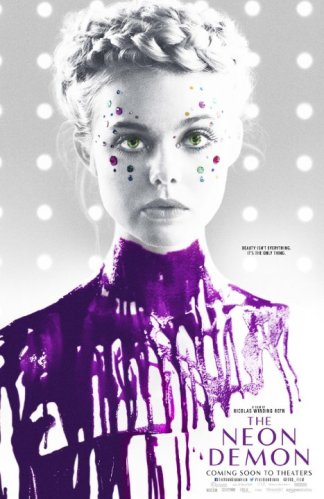 Nicolas Winding Refn (NWR, as per his brand) is a bit of an enigma when it comes to creative output. His first feature, Pusher, is a fairly straight-forward – albeit very well made – crime drama. It was a commercial success in Denmark and spawned two sequels (the second of which stars Mads Mikkelsen). His subsequent films have been less broadly accessible. Bronson showcased Tom Hardy’s acting chops and NWR’s penchant for contrasting film-as-art with base violence. Valhalla Rising continued the art/violence theme while showcasing Mikkelsen’s quiet intensity. And then NWR gave us Drive. With Drive, NWR tapped into the mainstream enough to put him on the average theatergoer’s radar. Drive hit just the right notes to be well-received by critics and (a respectable portion of) audiences. It’s art. It’s violence. It’s interesting characters. It’s sexy visuals. And it can be enjoyed without reflection upon its metaphorical/allegorical meanings. (if you so choose, obviously. i mean, do what you feel is right) That (critical) success was followed up with Only God Forgives, in which, NWR was back to his niche arthouse violence. (aka: the goods) And now, friends, NWR gives us The Neon Demon, in which, he goes all in on his art/violence motif. With the exception of Drive (relatively), his films tend to polarize critics and viewers. The Neon Demon keeps that tradition alive.

Jesse is a fresh-off-the-apple-cart 16-year-old girl hoping to make it as a model in L.A. By her own admission, she’s never been particularly good at anything but she has her beauty and she plans to use it. At her intro artistic photo shoot (complete with stage blood and face bedazzling) with nice guy Dean, she meets makeup artist, Ruby (Jenna Malone). Ruby is kind to the doe-eyed girl and invites her to a “fun” party. There, she meets two high-end models (is “high-end” the right word? it sure doesn’t sound right), Gigi and Sarah. The party is pretty insane in a strobe light Cirque du Soleil way. Soon, Jesse takes her talents to a top modeling agency. The model maven (Christina Hendricks) there tells her she’s got the goods but needs professional photos. She sends Jesse to the fashion photographer. There she bumps into Ruby again. Ruby warns Jesse that the industry can be cruel and tells her to call her anytime she needs help (day or night).  Eventually, when things stop falling perfectly into place for Jesse and she starts having nightmares/visions/possibly real hallucinations, she does make that call. Ruby graciously takes Jesse in. But it would seem that things have already been set in motion that will twist Jesse’s storybook tale irrevocably.

If it’s not obvious from the intro paragraph, I’ll go ahead and explicitly state that I am a NWR fan. I truly believe that film can be high art that merits reflection and consideration as much as anything in an art museum. When end credits roll and I carry a story or a visual metaphor around for hours/days/a lifetime pondering it, thinking of what it might mean, appreciating it’s beauty and cleverness, I know I’ve seen something special. When I see this type of artistic expression in film AND I’m entertained by it, I know I’ve seen something great. This is rare, but NWR seems to have found the right formula for it. The challenge in critiquing The Neon Demon (and Refn’s work in general) is the same for critiquing any art – it’s highly subjective (47% critics score at Rotten Tomatoes at the time of writing). Sure, we know that Van Gogh’s Bedroom is great and everybody loves it NOW, but that guy was a talentless hack according to many in-the-know folks of his time. Same goes for most other artists. You see, “Art” is hard to define. An artist might be technically proficient, painting perfect likenesses of flowers but not have the “energy” or “emotion” in their (pronoun agreement, i know. just imagine i used a singular genderless pronoun) work to rise any higher than mass market hotel lobby fare. It’s art for sure and it’s a living, but is it Art? NWR and his co-writers, Mary Laws and Polly Stenham (and the whole cast & crew. i know that it takes more than a single “auteur” to make a film) have given viewers a technically perfect film packed with emotion and energy. they have given us Art: Sumptuous visuals – deep blacks (and stage blood) contrast with Jesse’s pale, flawless skin and the impossibly bright candy colors of her makeup. (which themselves contrast with the washed-out, muted color visuals of Jesse’s cheap motel) Emotional depth – kindness and naivete contrast with jealousy and spite. Loyalty and ambition.  Good and Evil. Energy – frenetic cuts contrast with interminable tracking shots. Panic and push. Life and death. Art and violence. On top of it all, the audience is left thinking about the meaning. The motivations. The beauty of it. And, after all, that’s why we love this medium.

The Final Cut: With The Neon Demon, Refn twists high art and shocking violence together into a simultaneously beautiful and ugly masterwork. Fans of his more “arthouse” films will not be disappointed.

I believe that the Ruby character is a witch and Gigi and Sarah are her unwitting apprentices/inductees into the sisterhood. Here’s a bulleted list of why I think this: