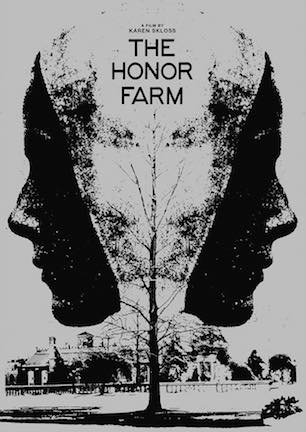 Next up…. Fantasia Int’l Film Festival 2017… The Honor Farm from Austin-based filmmaker, Karen Skloss. (i know, i know. i’m phoning in my intros, but it’s all so i can give you more and more of the content you crave!)

Lucy and Annie are quintessential white, middle-class girls on prom night. They are excited, anxious, and assigning inordinate amounts of importance to an adolescent rite of passage. When their expectations aren’t met – largely due to Annie’s indifference to her date and Lucy’s drunken date nearly raping her – they are crushed and leave to commiserate. At the Circle K (or whatever), they run into a hearse full of the “bad” girls from school. The hearse crew is headed to the honor farm (that’s the title!), an abandoned government facility,  and they invite Lucy and Annie. They accept on a whim. That same whim impulse convinces them that it’s a good idea to eat some shrooms offered by the boys they meet in the woods near the honor farm. They all trip for a while and head into the honor farm proper, espousing upon the wonders of the universe, seeing the beauty in nature and each other, and witnessing a Satanic (i think) ritual. Whoa! They are definitely not equipped to handle the repercussions of interrupting the black sabbath (or whatever)!

The Honor Farm captures an experience that I have a particular nostalgia for – of freaking yourself and your friends out with bullshit stories at spooky locations. This might not be a universal experience, but at its heart, it’s really just about the unknown – a foundation of fear. The young people have heard stories about the decaying facility and they’re passing those along in grand young people tradition. It’s something that I did with my friends and I hope it’s something you did as well. If you did, then you will appreciate this aspect of the film. If not, then the film paints a clear picture of that excitement and wonder that will make you wish that you had. But it’s not all excitement and wonder. Not at all. It’s psychedelic visuals and dark occult nastiness too. Tripping is outside of my own experiences, so I can’t say how faithfully the high is depicted. But I can say that I appreciated that Skloss avoided the most cliched portrayals. (you know the ones – SteadiCam wide-angle selfies, After Effects bulging faces, cartoons, etc) Sure, it was a little uneven and the impairment seemed to come and go for our protagonists, but what do I know? When the shit does hit the fan, it becomes a crazy game of what is real and what is a psilocybin-induced hallucination. It is disorienting and anxiety-provoking in a satisfying way (if you’re a fan of anxiety). Maybe the characters and their motivations stay in the shallow end of the character depth pool, and maybe the actors seem about a decade too old for a high school prom, but dammit! it’s a fun ride nonetheless.

The Final Cut: Skloss has expertly captured the exhilaration of youth exploration into local dark legends and social and chemical experimentation. (wow – four ‘ex’ words in one sentence!) The Honor Farm is a scary, fun psychedelic misadventure.