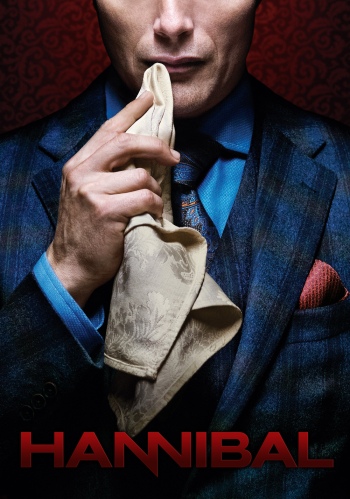 I’ve been putting off writing about “Hannibal” for too long. Not just because I don’t typically write about television either. In the case of “Hannibal”, I will gladly make an exception. I’ve been putting it off because I want to do it justice. I want to convey the reasons that I would write about it on a film (and sometimes books) blog. It’s not unique because it’s a horror show. No, there are plenty of those and a few among them are great. (perhaps I’ll write about them at some point). Instead, I’ve chosen “Hannibal” as my first TV show write-up because it succeeds in making the horrific beautiful and poetic in a way that few films and books can (not to mention TV shows). So, let’s get into it, shall we?

Will Graham (Hugh Dancy) is an FBI special investigator brought in to the bureau by Jack Crawford (Laurence Fishburne) because of his unique “empathy disorder”. You see, he can empathize with killers so much that he can reconstruct the events of murders in his mind to gain insights into the motives and traits of the murderers. Unfortunately, it is this very disorder that makes him susceptible to exhaustion and psychological trauma. Enter, Dr Hannibal Lecter (Mads Mikkelsen). Crawford recruits him to oversee Will’s mental health while he works for the FBI. Now, you and I know that Lecter is an apex predator and a cannibal, but the show begins before anyone but Lecter knows of his depravity. What he sees in Will Graham is a mouse to his proverbial cat. (is that proverbial or just idiomatic?) The show gradually shifts focus from the wildly unusual serial killers that Will helps track down and the effects on his psyche to the relationship between Will and Lecter and their effects on one another.

“Hannibal” is shot beautifully. It is nuanced. Emotionally engaging. Visceral. Poetic. Intriguing. Perfectly acted. And more. Simply put: “Hannibal” is art. Art that particularly resonates with horror fans. The art of Death. The art of Life. Death, for its supremely creative kills and corpse displays. The blood spatter. The eviscerations. The tableaux of carefully arranged bodies and body parts. The coffee table book quality photography of elegant dishes of human flesh and offal. Life, for the intimate and profoundly unique relationship between Will and Dr Lecter. The emotions. The personality shifts. The empathy on-screen and within the viewer.  We come to and are swept past moral dilemmas with the emotional impact of having a true stake in the actions and choices of the characters.  Life and Death, for the portrayal on so many levels of the hunter-and-hunted dynamic. Killers are explained through Will’s vicarious violence. Through him we see clarity of purpose in the absence of reason. Will’s methods are severely detrimental to his mental health but his altruism pushes him to continue. He is stalked (figuratively) by his own special abilities and they might just destroy him. Through all of this, Lecter pulls strings and manipulates outcomes in God-like fashion. (sometimes in ways that are not clear to the viewer for several episodes or even until a second watch) His investment in Will and his genuine curiosity push him to places that he thought previously impossible. Places that he would rather not have come to. His special abilities threaten to undo him as well in this sense. These themes are only one piece of the “Hannibal” puzzle. There are secondary and tertiary characters that are expertly developed. There are lines of dialogue that play like music and poetry. And there is Mads Mikkelsen. A master among a cast of greats. The depth of this show is as impressive as any film. It is particularly remarkable for a major network television show. It’s astounding to think of how far the limits of network standards and practices must have been pushed to get this powerful work to the screen.

The Final Cut: The cerebral themes, beautiful photography, excellent performances, and deeply intertwined characters of “Hannibal” elevate the show well above standard television fare. The blood and gore elevate it to horror art.